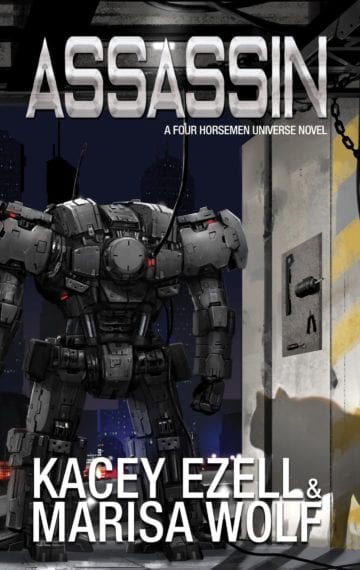 “Skipping this book will be your biggest regret of 2018.” — Jonny Minion

Depik. The race of cat-like assassins is feared galaxy-wide. Few living people have seen them, as the sight of one is usually the last thing its victim sees.

Clan politics on the Depik home world of Khatash are complicated, with clans jockeying for contracts and the prestige and wealth they bring. There’s only one rule—Depik do not kill other Depik. Ever.

When Reow is implicated in killing the Depik Governor, though, her clan is declared anathema. Her four offspring are placed under interdict—they are to be killed on sight—and Del, Flame, Blade, and Death must flee with their molly, Susa.

With Reow dead, and Hunters tracking them across the galaxy, will they live long enough to find the real killer, or will they find themselves assassinated by their own kind?