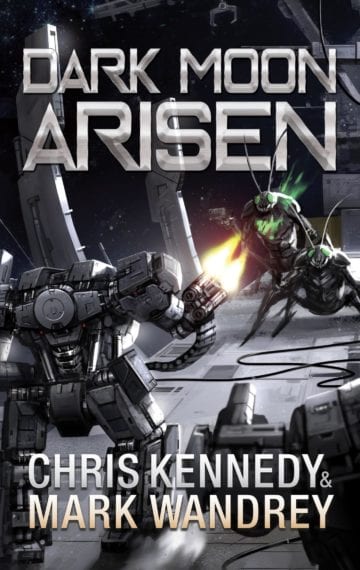 The Omega War is in full swing. Earth has fallen to General Peepo’s army, and the surviving Human mercenaries have taken refuge at the hidden Winged Hussars’ base in New Warsaw.

On Earth, the defensive forces fight to keep the hearts and minds of their fellow Humans, but Peepo’s plans are slowly converting the people to her way of thinking, and the Mercenary Guild troops continue to root out the forces arrayed against them.

Outnumbered and on the run, the situation is bleak, but none of the Horsemen like being on the defensive. When they get intelligence that Peepo is massing resources at a secret base, they decide to launch a decisive counterattack that may open Earth up to recapture.

Meanwhile, Dr. Sato, the Hussar’s brilliant but unpredictable scientist, unwittingly reactivates a 20,000-year-old doomsday weapon with a mind of its own. If it can’t be stopped, all the Four Horsemen’s plans might become meaningless.

Forces are moving both in the shadows and in the light, but who will rise victorious? One thing is for sure…a Dark Moon has Arisen.