Paul Corcoran publishes under the Seventh Seal Press imprint. Paul has one book with CKP, “Sinclair’s Scorpions” (below). He also makes an appearance in the Four Horsemen Anthology, “A Fistful of Credits.“

Author of the Amazon bestselling Saiph Series, PP Corcoran writes fast-paced military science fiction because he gets to mix his two loves; shoot em ups and science. A 22-year-veteran of the British Army, Paul began his writing career in 2014. After serving all round the world, this native of Scotland now lives in Northern Ireland and writes epic space opera for a living.

Paul loves to hear from readers. Join him on Facebook at www.facebook.com/PaulCorcoranAuthor

To be the first to know about new releases, and get a FREE short story, sign up to his email list here. 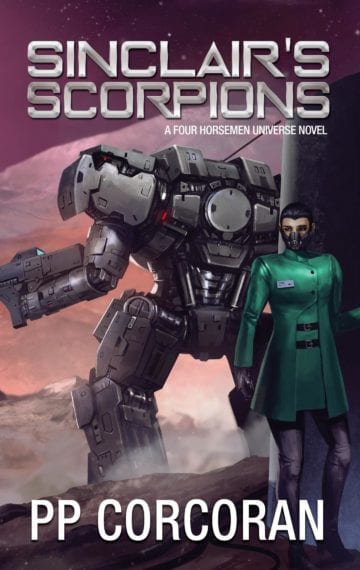