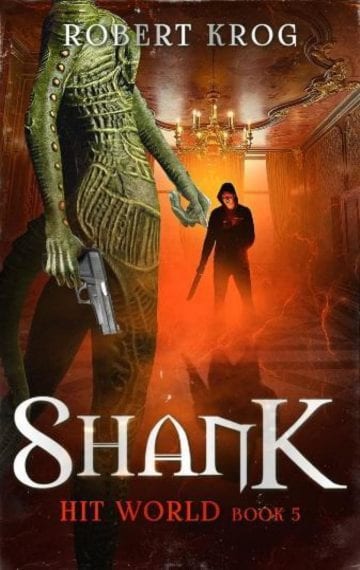 Everything you don’t believe…is real.

When the 9-11 attacks wiped out America’s government, and the timid remnants refused to commit the US military, patriotic mercenaries went abroad to hunt down those responsible. They were the LifeEnders, who executed the responsible terrorists on live pay-TV.

Seeking to lessen the crime rate back home, the government allowed them to form LifeEnders, Inc., to perform contract killings for anyone who could afford to hire them. But only licensed Shooters could accept a contract, which ensured the government got their cut.

Gordon Shaw—or “Shank,” due to an unfortunate incident—was an assassin for whom killing was easy…perhaps too easy. He ruthlessly fulfilled every contract that came his way, amassing a huge number of kills.

But with the kills comes enemies, and, before too long, there are people looking to end his career as an assassin…and his life. And, when Shaw finally gets the challenging contract he wants—one that three assassins before him have failed to complete—the deck is stacked against him.

Will Shaw complete his most dangerous contract, or, this time, has his luck finally run out?